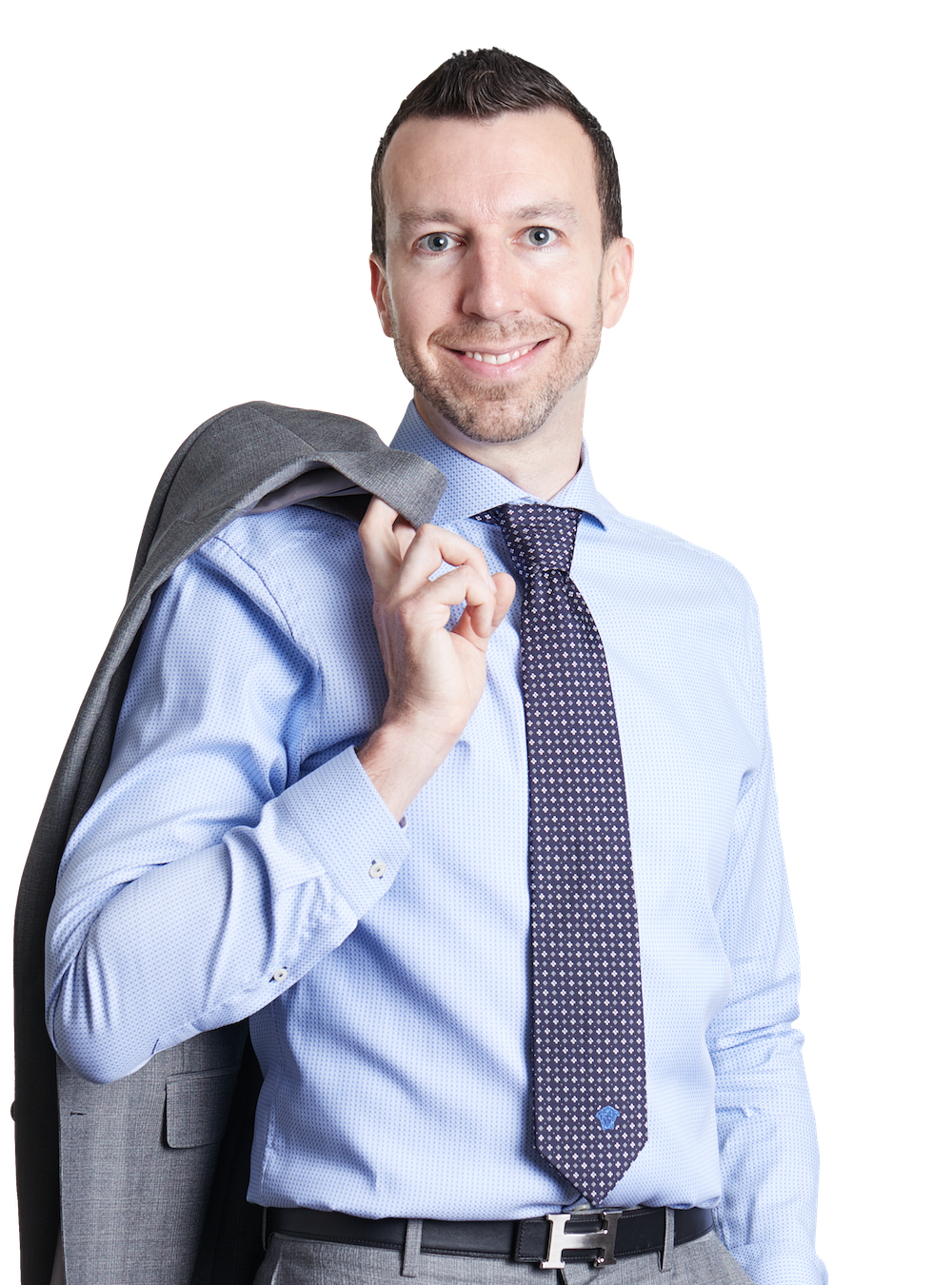 Steve Augustine was born and raised in the Greater Hamilton Area, eventually selecting Grimsby as an ideal place to raise his growing family. Within days of moving to Grimsby with his wife Aimee back in 2009, they knew they had made the right choice. They instantly fell in love with the community and enjoyed the relaxed and friendly atmosphere.

Starting at a young age, Steve has been driven to bring his customers the best service possible. Like so many, Steve’s first job as a boy was delivering papers to his local community. Instead of flinging papers onto driveways and porches as he walked down the street, Steve would wrap each paper with a thick rubber band to keep it nicely together and place them on his pristine delivery cart.

Dressed in his nicest clothes and freshly groomed hair, Steve would place the paper in each customer’s door or mailbox with care, greeting every customer he encountered with engaging conversation and a pleasant demeanor. Even delivering papers, he understood it was about the presentation and the experience.

Steve saved the money earned delivering papers to buy his first semi-pro drum set, which quickly became another of his passions, and led to his next job. After spending year’s developing his skill, he became one of the top drummers in the Hamilton area, sitting in with a variety of bands and sought after for studio sessions. Following his passion, Steve as a teenager walked into an area music store with a drum department on the verge of being closed down.

Within 30 days of taking over the drum department, Steve had exceeded the previous 12 month sales. He continued to grow the department by working with vendors to bring in inventory that catered to his growing customer base. Within a year, he grew annual departmental sales from $30,000 to over $1.0 million.

Always in search of a new challenge, Steve left the local music store to become a full-time touring musician in 2000. Partnering with two fantastic friends, Steve joined TFK and over the next decade, travelled across North America learning the music industry and playing as many as 320 shows per year. In those early years, the band grew from a few guys driving a van across the continent into a healthy, and growing small business.

In 2012, TFK took the calculated risk of gaining complete control of their business by launching their own label. This allowed them to record and release the albums they knew their fanbase wanted and provided them the opportunity to market to and communicate with their audience like never before.

Now, Steve and his bandmates have established TFK as a sustainable company. Over the years they have learned how to innovate and stay relevant to a growing market. To date, they have sold over 1.5 million albums, over 2 million singles, have over 1 million facebook likes, and stream over 60 million plays a year on youtube. The band has numerous billboard rankings and song placements in everything from NASCAR to the NHL, to leading video games franchises and blockbuster motion pictures.

While Steve was touring with TFK, he and his wife took on a new passion and challenge by beginning to invest in real estate. Initially purchasing student rental properties, they quickly learned to negotiate rental contracts, effectively qualify a quality tenant, determine which improvements to invest in and how to communicate with their target market. They soon moved onto flipping properties learning what things matter to buyers and how to properly stage a home. Since then they have built a portfolio of rental properties, everything from renovating and leasing multi unit mixed use buildings to single family homes.

With the experience gained from his own real estate ventures, Steve soon found himself guiding friends and family through their purchases. Over the years it organically grew to the point where Steve was spending so much time in real estate that it only made sense for him to get his licence and not only earn from those efforts, but use his knowledge and experience to help a wider group of people in his community.

Joining the REMAX Garden City brokerage in 2014, Steve has continued to serve clients in throughout Grimsby, Stoney Creek,  Hamilton and beyond. With each sale or purchase he brings the perspective of a vast business experience that has always focused on evolving to better serve clients, maximizing profits and providing an experience that is second to none.

Outside of his business ventures, Steve spends as much time with his family as possible. He and Aimee work hard to balance their busy schedules with the activities of their four girls, placing an emphasis on sitting around the dinner table together every night. He also enjoys an active lifestyle playing hockey, volleyball and almost anything else that gets him moving.

If you are interesting in working with Steve to sell your house, purchase your next home, or to get into real estate investing give him a call, send him an email, or look for him at the local rink.